OVERLAND PARK HISTORICAL SOCIETY
Although the French Market opened with grand style in 1963, it was not destined for tenure in the OP retail environment. It closed in 1970, and the probable reasons were cited in a KC Times article referencing a court judgement due to nonpayment of rent, cancellation of insurance, nonpayment of tax escrow funds and sanitation issues. It did not remain idle for long as K-Mart was looking to expand their presence in the KC metro area.  As K-Mart started to remodel, one key would be the facade. It was planned to re-design the exterior to a single front entrance with implied deconstruction of the spires on the two distinct towers of the building. This planned remodel was put on hold, and ultimately saved the buildings exterior, due to a construction strike at that the time. The grocery element of the building was sold to Milgrams, your "Hi Neighbor"  friendly retailer in what would later become Hancock Fabrics. On December 15, 2013, the K-Mart closed for good. The other anchor store, Hancock Fabrics soon followed. On July 13, 2018 it was announced that Shamrock Trading Corp. had purchased the property for mixed use re-development. In 2019, the building was razed. 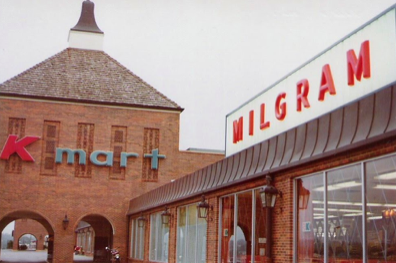 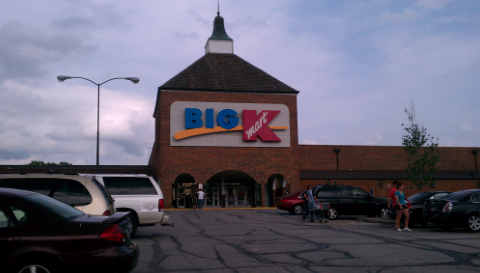 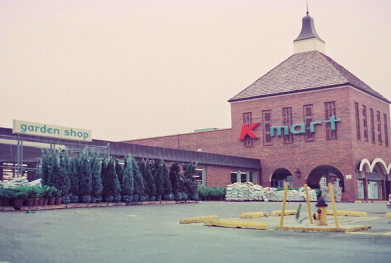 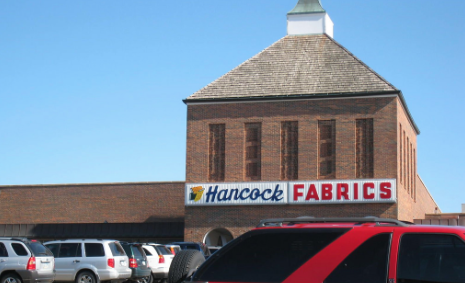 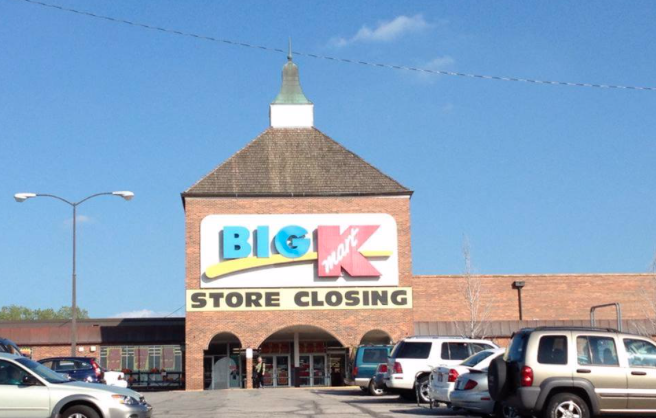 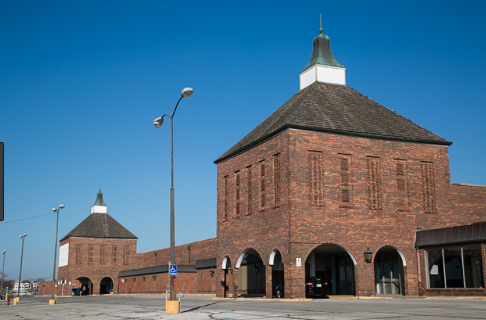