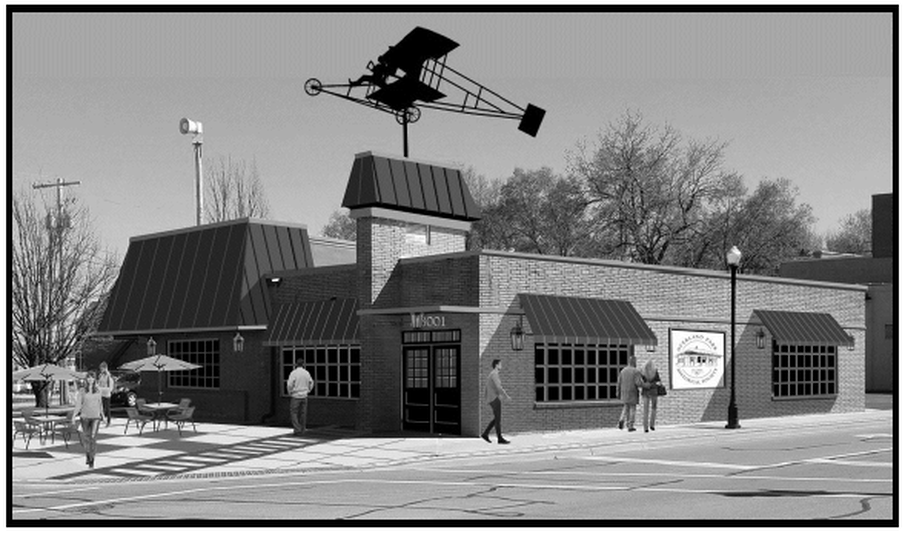 We continue to make progress on our signature project, the Strang Depot restoration, at 80th & Santa Fe Drive. In January, the Overland Park Historical Society received a substantial gift from the Sunderland Foundation in the sum of $250,000.
This gift will more than cover the cost of the Phase One improvements, which should be underway by early spring. Phase One improvements include structural work on the building interior, new roofing and new rooftop air conditioning units. Additional gifts were received in January from the Regnier Family Foundation as well as individual donors. Executive Director, Brad Moore, refined the site design after discussions with staff from the City of OverlandPark, creating a pedestrian plaza area on the north side of the building which will be a nice gathering spot and a big draw for visitors. In February, another substantial gift in the amount of $350,000 paid over five years was provided to OPHS. Other grant opportunities, currently being submitted, will allow OPHS to move forward on other future restoration projects. It is an exciting time in our history, as a long - held dream to have a permanent presence in Downtown Overland Park is becoming a reality. ALL ABOARD!