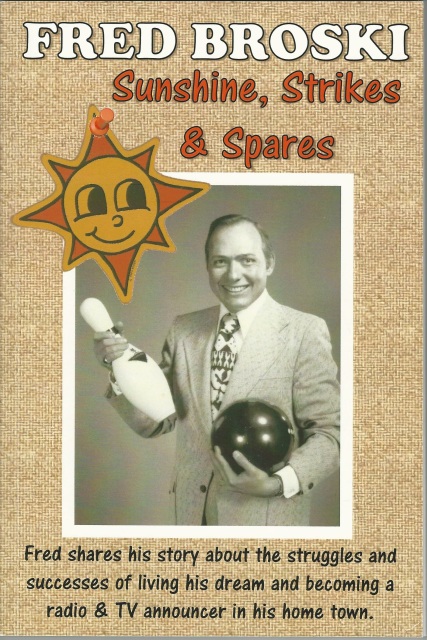 200 pages. Fred Broski was a beloved weatherman and host of Bowling for Dollars. The KMBC hit show aired from 1970-77. Highly rated in its 6:30 PM time slot that featured over 10,000 local contestants who were challenged to bowl 2 consecutive strikes. Fred Broski’s career path, which culminated in over 40 years as a broadcast announcer on Kansas City radio and television, is told for the first time by Fred himself. Using the folksy style and wit that endeared Fred to Kansas City audiences, Fred shares stories of his humble beginnings growing up on Kansas City’s East side and his determination to pursue his lifelong dream of broadcasting. Each book has memorable photographs, includes one of Fred’s iconic “Sunshine” stickers, which were found everywhere in KC back in the 1970’s. They were reprinted especially for this book.

Every book is AUTOGRAPHED by Fred Broski!