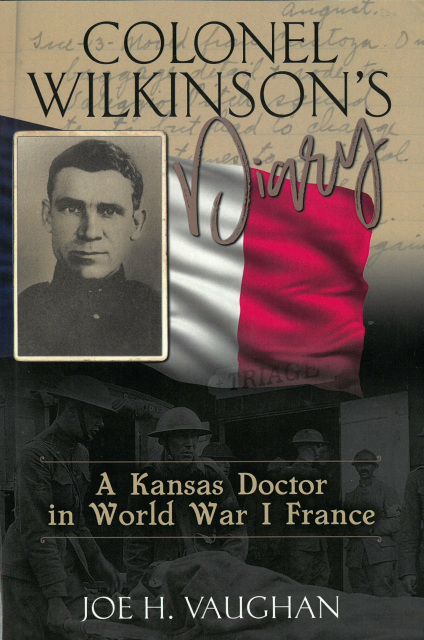 78 pages. Colonel Wilkinson's Diary tells the emotional story of a middle-aged Kansas surgeon who volunteers to go to war because, "I've got to get the Kaiser...." Forty was middle-aged a Century ago and Dr. Wilkinson had a successful practice, a wife and a 10-year-old daughter to make plans for in his absence. The entire story of WWI is one of tremendous sacrifice for all Americans. Maj. Wilkinson is then promoted and sent to France to command Mobile Field Hospital No. 3. He had to deal with the Flu epidemic of 1918. Following that assignment, he returned to Walter Reed for an extended period of treating the most severely injured. His service ends with his being promoted to Colonel Hugh Wilkinson, M.D. Col. Wilkinson returns to his home in Kansas City, Kansas. The OPHS book club had Colonel Wilkinson's Dairy as one of their offerings.